Controversy on Twitter leads to no topless ‘ride me’ adverts 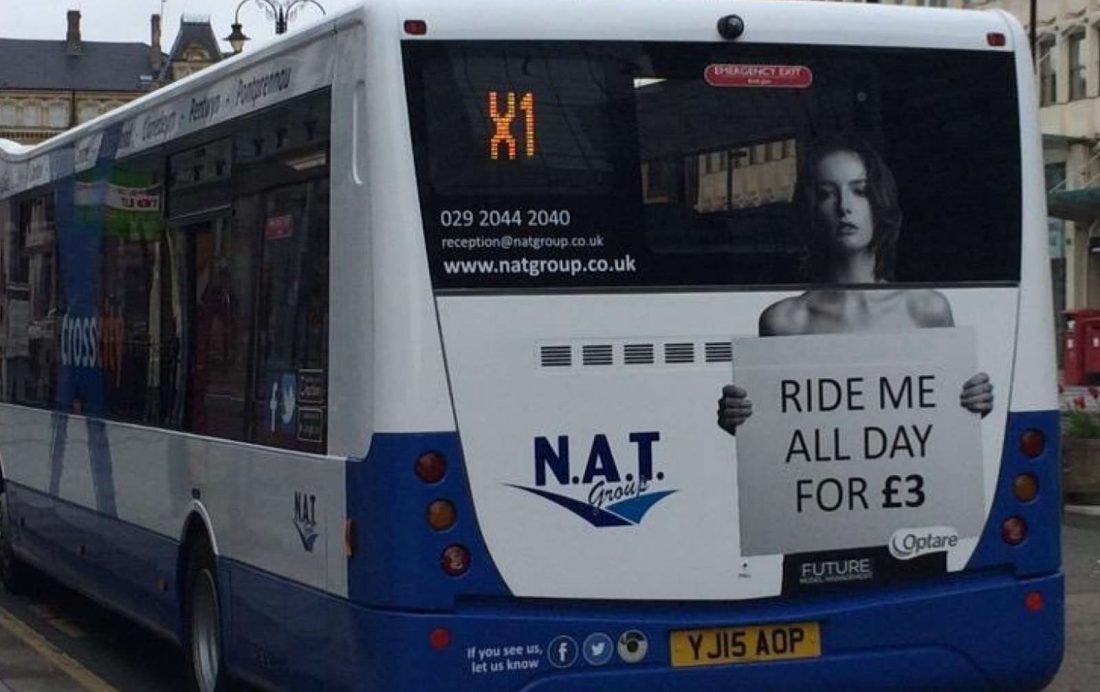 Controversy on Twitter leads to no topless ‘ride me’ adverts

A Cardiff bus company has been forced to pull its advertising campaign after a backlash on Twitter.

New Adventure Travel launched adverts on the back of its buses depicting semi-naked men and women holding signs with the slogan: “Ride me all day for £3”.

The adverts prompted outrage on social media with much of the controversy being aired on Twitter, with Cardiff’s very own Charlotte Church joining the debate:

Within just a few hours of the advertising campaign being public, the company announced the adverts would be withdrawn, saying:

“The slogan of ‘ride me all day for £3’ whilst being a little tongue in cheek was in no way intended to cause offence to either men or women and, if the advert has done so then we apologise unreservedly. There has certainly been no intention to objectify either men or women.”

New Adventure Travel stated that their aim for the campaign was to make catching the bus attractive to the younger generation. However, passengers said that the adverts were ‘unacceptable and insulting’.

The company acted quickly and must be recognised for mitigating the damage done but this campaign is a prime example of a PR disaster, and how it is so important to think about what you are saying and how you are saying it.